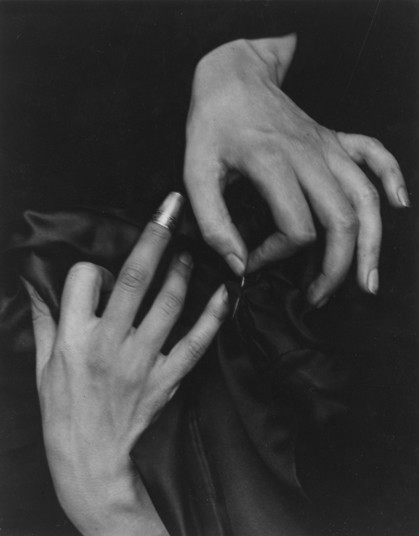 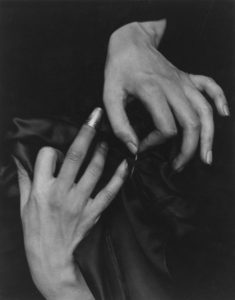 A discussion has come up among my fellow artists whose medium involves textiles, stitching and quilting as to what to call themselves. Art quilter. Quilt artist. Textile artist. Fiber artist. Or just artist, avoiding the word QUILT altogether. I understand why some of us don’t wish to use the word QUILT to describe their work or process, believe me, I’ve struggled with this myself. I understand but it saddens me. It saddens me that they do and it saddens me that they feel they must in order to deflect being stereotyped as dabbling in a quaint, domestic pastime or in less than esteemed ‘women’s work’ rather than being acknowledged as highly skilled and talented artists. It’s gotten to the point that some, when discussing the issue can’t even bear to use the word, instead, referring to it as “the Q word”. I have thought a lot about the issue and have arrived at my own personal views.

I see this as a greater problem, one that we all share as women. (Sorry fellas out there who use the quilt as a basis for your art but most of us doing this are women.) Historically, society’s perception of women and they work they do is not one of respect or esteem. Case in point, the secretary. Up until the early 20th century, only men held secretarial positions, a subordinate position but one that was respected and valued by the executive. It wasn’t until WWI when women needed to enter the work force that they started filling those positions. Initially, it was not a welcome change by the male executives of business and industry but, soon all secretaries were women and men would no longer consider seeking such a position as it was deemed ‘women’s work’. The work is still the same but the fact that women were doing it made it less valuable and respected. It got to the point that the word itself became a dirty word and secretaries all over began calling themselves ‘administrative assistants’ as if the moniker itself could garner more respect. I think they are fooling themselves. Our own government’s Cabinet is made up of Secretaries. How ludicrous would it have been if Hillary Clinton had insisted on being called the ‘Administrative Assistant of State’? About as ludicrous if we were to start referring to ourselves as Administrative Stitchers. For years, the word ‘nurse’ had a similar gender association but, thankfully, now there are many women doctors and many male nurses which has had a significant impact on the stereotypical image of the word, and the work, for that matter.

The word is not the problem, it’s the attitude and mindset toward women and women’s work that is the problem, not just by men but by other women as well and by society at large. Today, there are a lot of women out there that don’t sew and, frankly, wouldn’t be caught dead sewing as they see it as something archaic and a nauseatingly quaint domestic activity of a bygone era. Along with ‘wearing hats and gloves’, it falls into the category of ‘thank god we don’t have to that anymore’! As we all know, historically, women roles were relegated mostly to marriage, child-rearing and domestic work but those enforced restrictions have been pushed against and huge strides have been made in the kinds of work and careers available to today’s women. But, as women’s choices have broadened, many of them deem the past domestic duties of women, namely the domestic skills of sewing and needlework, as being uninteresting, unimportant and irrelevant.  Just as men would no longer seek secretarial positions once the role was associated with women, many of the women of today no longer seek to learn or value sewing and needlework skills because it is associated with a period of time when women’s roles were limited and the work they did wasn’t respected by men or society.

Hence, when I am talking to these women (and men) about what I do and I mention the word QUILT, it is associated with grandmas, babies and a quaint, frivolous hobby because of a perception it is only done by women of an older generation. Excuse me? An erroneous generalization on so many levels. Again, I say it’s not the word, it’s the mindset. There is nothing wrong with the word or the work. What’s wrong is an activity associated with women, older women, and with the ‘women’s work’ of a bygone era, garners no respect in our society. If the same work were associated with men and men’s work, we wouldn’t be having these discussions.

It’s interesting that some of the artists I’ve heard voice an objection or an aversion to using the Q word specialize in creating Commentary Art, art that explores politically or socially charged issues. If this isn’t an important political/social issue, and one that hits so close to home for all of us, I don’t know what is. I, for one, refuse to not use the word QUILT when referring to my work or my art. I think it is important that we push back against the stereotype of not only the word and work, but against the marginalization of the work that women do, historically or currently. Throughout history, the perception of women and the work that they do or did, in the home, the workplace and even as artists, has been marginalized and under-valued. It’s time to change that.

Finally, I refer to myself as an artist and I don’t wait to be asked about the medium. I say “my medium is textiles using a quilt construct. Technically, they are built the same as a quilt but with many broken rules to the traditional construction techniques and materials. I am trained as a quilt maker but now use my skills to create fine art.” Notice the words I use. Construct. Technically…built. Construction. Training. Skills. Sturdy words, rather masculine words to counterbalance any unduly, and unwarranted, delicate feminine or elderly image. It’s work. Just work. Work has no age or gender.

Then, I whip out my business card which is minimal. On one side is a picture (worth a thousand words) of my work, currently of Tranquil Marsh – Wild Iris, and the other side has my website. That’s it. Here’s what I do and here’s where you can find out more and contact me. Bada bing, bada boom.

Art on the Horizon Newsletter